A Passionate Quest for God's Truth in Marriage, Family and Theology 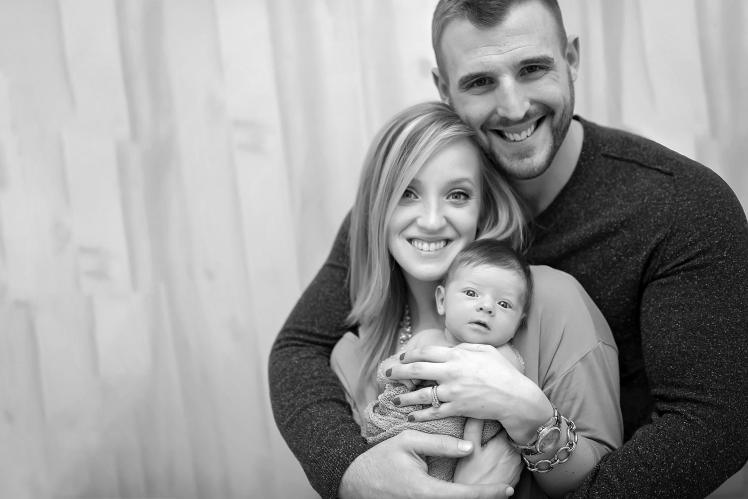 There are a lot of different views held within the church; some things aren’t worth arguing over and really need to be left alone. I think we can all say a big “amen” to that. But others, if left alone, will slowly start decaying the very fabric of our church and our faith. Black and white can be turned to gray all too easily and some things that seem so small are a lot like the iceberg that sank the titanic; what lies beneath the surface has a massive and unexpected impact.

One of the foremost issues that I think is slowly (but rapidly gaining in speed) destroying the church is that of a women’s role. The very fact that the Gospel Coalition (a group founded by evangelical Theologians and Pastors to promote a God-centered Gospel; view at thegospelcoalition.org), addressed this issue publicly is a testament to the fact that this issue impacts one’s view and understanding of the Gospel itself. There is disagreement across denominational lines regarding this issue, but the question still seems to remain: What is the Biblical calling for women to fulfill in regard to the local church? Some churches do not allow women to lead men, preach or be elders, some hesitantly do and some welcome it with open arms. Needless to say, there is a vast array of strong views regarding the Biblical understanding of women and their Biblical role in Church.

There are two basic camps when it comes to this issue; Egalitarian and Complimentarian. Egalitarians largely believe that women can and should be able to hold positions of leadership and authority over both men and women within the Church body. Complimentarians believe that women are called to serve the church in many different ways including leading womens and childrens ministires, but that the role of Preacher or Elder is reserved for men, because of the issue of authority, which God’s Word supports and is the foundation of the Church.

After the womens suffrage movement decades ago, it seems as though women have gained more and more of an expectation that in order to be equal with men, their roles must look the same. That same principle is being brought into our churches as well. Prominent seminaries are beginning to openly allow women into their preaching programs, denominations are ordaining women, and more and more of those who don’t believe that women should hold leadership roles over men within the church are labeled “shovinists” , sexist, old-school, discriminatory and are scoffed at by their “progressive” professors and classmates. Women who hold to a Complementarian view are often viewed as week and even “anti-woman.” I believe that not only is holding onto a Complimentarian view strong, but it is also vital for the continuing of Christian values and morals in our society, churches and world today.
I have personally become very passionate about this topic for several reasons. As a woman who has been told she has a will of steel, and who is strong and outspoken in what I believe, this Complementarian view doesn’t naturally seem to make sense. Why wouldn’t I want to empower women to exercise their gifts freely over everyone they can possibly touch within the body of Christ? Why would I choose to gladly “limit” my gifts to serving only women within the church. Why in the world would I walk out of my husbands commencement service in Seminary when they had a female Mdiv student speak on her passion for being a Pastor and her thankfulness to the school for supporting her ministry goals? Because truth matters. Because when we function within the guidelines that God created us for, (its easy to forget that we didn’t create ourselves; God made us with a specific design which needs specific regulations in order to flourish), we thrive. Because following your heart leads to death (Jer 17:9-the heart is deceitful above all things and beyond cure). Because standing up for truth is what makes someone strong; not simply standing up for where your emotions lead you.

Because this issue is so pressing in our society and because I initially didn’t have much support beyond my childhood faith regarding this issue, I chose to write a few research papers on the topic in my Undergraduate career at Moody Bible Institute so that I could take a good hard look at what God says about this issue. After all, the Word of God is what all Christians are called to submit to.

After much study and research, I believe the answer is extremely straightforward and simple in regards to women role in ministry. To make a lot of research very succinct, we have to begin in Genesis, look at Jesus and also look at other parts of the New Testament. The Biblical framework for the role of Men and Women started in Creation. When God created Man and Woman, they were created equal,  (Genesis 1:27 says that both man and woman were created in His image), with different roles. It is when we step into these roles that we are most blessed by God and are the most joy filled and fulfilled. Jesus Himself had a high view of women.  He uplifted them in front of others, visited them, stood up for them and even visited a woman first when He rose from the dead. Women had responsibility in His ministry, had the same access to Him as men, yet they did not lead in His ministry. Again, there is a very large difference between the value of a woman and the role of a woman. Jesus’ ministry was a prime example of this.

Paul’s framework for speaking about women’s roles in ministry was shaped primarily by Genesis (The Jewish Torah; he was a Jewish Scholar), and Jesus. 1 Timothy 2:9-15 and Titus 2, both written by Paul, led me to the unwavering belief that as a follower of the Bible, I have no other choice but to cling fast to a Complimentarian worldview.  Paul explicitly says in 1 Timothy, “I do not permit women to have authority over men.” Many ignore these passages, arguing that Paul was anti-woman. The very opposite is actually true. In a society where women were treated as second class citizens and hardly better than animals, Paul was extremely controversial in his allotting of women to not only be in church but to learn and serve! Paul realized the value of women and wanted to empower them to fulfill their God-given roles even when society was telling them they were worth nothing. In saying that, Paul knew that women were created to function in a capacity that is ultimately led by men. The Bible is explicit about women’s roles in church and in order to arrive at a view that is Egalitarian, I truly believe one has to approach Scripture with an agenda. Plain and simple. This is not a blog written to exegetically dive into this, but I am more than willing to do that if asked.

There is a lot more to this whole ordeal as well. And I want to speak directly to those who are the women on the front lines of egalitarianism; the female seminary students pursuing pastoral ministry, the female pastors. There are so many things I want to say to you but here are three of the most pressing. First and foremost, pursuing this is not uplifting women as strong or equal. I believe it is actually making women look weak, and even manipulative. I sat in on a number of my husbands seminary classes and listened to women whine about not being treated like the men and even stating that women can’t take the truth the men were preaching like the men can and need it more watered down. Good grief. As if women are held to different standards of judgement on judgement day. I don’t think so.

Secondly, do you have any idea where your quest leads? Do you understand what your pursuits are opening up Christianity and Seminaries to? The exact same hermenutic you use to get yourself into the pulpit is the exact same that can, will and has already begun to be used to allow many others into the pulpit who Biblically should never even be considered.

One last point. Why is it that many view ministry to women as inferior to ministry to men and women? There seems to be a mentality among Egalitiarians, as ironic as it is as those who push women’s rights, that ministry to women isn’t enough. For some reason, they believe that is an inferior ministry. I am here to say that being given the privilege to minister to women is a true high calling. I pray that we all, as women of God, embrace what He has called us to and strive to empower, equip and lead the women and children in our churches to a deeper and more intimate relationship with our Creator. What a gift and a calling this is.

For more on this, I would recommend God’s High Calling For Women, by John MacArthur, reading the Gospel Coalitions defense of Women’s calling in Ministry (a group made up of John Piper, Tim Keller, DA Carson, John MacArthur, Matt Chandler, Alistar Begg, Mark Dever, Erwin Lutzer, Albert Mohler, David Platt, and many other solid men of God), and Recovering Biblical Man and Womenhood by John Piper and Wayne Grudem.

Search for Blogs by Topic